The state government has also directed the Ministry of Education to commence the process of recruiting new lecturers just as those who failed to resume will be assumed to have resigned from the institution.

The state Governor and visitor of the institution, Alhaji Yahaya Adoza Bello who made proclamation while speaking with newsmen shortly after State Executive Council meeting at the Banquet Hall, Government House in Lokoja, yesterday stated that ASUU has failed to call off the seven-month-old industrial action embarked upon by the union.

Yahaya said that ASUU had decided to close down the institution while subjecting the students and parents to untold hardship in the past seven months.

Bello explained that despite appeals by the state government and traditional rulers to resolve the crisis, ASUU has remained defiant.

“As a government, we have no other option than to announce the proclamation prescribing activities of ASUU in Kogi State University whereas the government respects the rights of all the citizens to responsible association and agitation.

“With the norm of democratic society, Kogi State Government is working assiduously to resolve all issues relating to frequency on information in all categories of civil servants in the state,” the governor stated.

Bello also disclosed that all the demands especially issues relating to payment of salaries had been met and that government does not owe the institution staff.

“We have six tertiary institutions in Kogi State and having moved round five of them and they have all resumed work but to my dismay, KSU deferred to resume having met almost 90 per cent of their demands,” the governor stressed.

The governor therefore called on the management of the institution that any lecturer who refused to resume should resign or be assumed to have left the university.

Efforts to get the reaction of ASUU, Kogi State University proved abortive as at the time of filing this report.

Reason psychology test is yet to commence in Kwara – FRSC 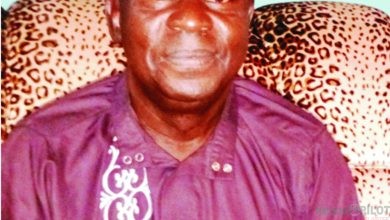