The Kwara State Government last night provided more details on how it intends to utilise in full, the N5.1 billion received as second tranche of the Paris/London Club Refund.

The government which acknowledged the receipt of the money, yesterday, in two separate statements by the Commissioner of Finance, Demola Banu, explained that N1billion has been released for payment of salary arrears across the 16 Local Government Areas in the state.

It added that the sum of N312 million has further been released for payment of salaries in state-owned tertiary institutions.

He however said the money was 12.5 per cent lower than the amount the state was expecting from the FG adding that the balance of the refund will be utilised for projects and programmes designed to enhance the welfare and security of all citizens and residents of Kwara State.

Giving a breakdown of the amount realised for the state owned institution, the Finance Commissioner said the payment include N126, 938, 104 as the 6th instalment of the state government’s intervention for tertiary institutions in the state.

He said the balance of N185, 252, 996 represents the third quarterly payment of subvention to the institutions, stressing that the final instalment of N378,426,018 will be paid as additional funds become available.

According to him, the N312.1million will go towards paying salary arrears accrued at the tertiary institutions due to drop in allocations in 2016 as the institutions are currently up to date in the payment of monthly salaries.

He added that additional releases from the N5.1billion Paris Club receipt will be announced in the coming days.

But the fund was rejected by the National Union of Local Government Employees (NULGE) which advised the government “in the interest of peace and security” not to credit the account of the local government in a statement signed by its State Deputy Secretary, Comrade Oloruntade Ibikunle, yesterday.

But speaking exclusively to National Pilot, last night, the Senior Special Assistant on Media and Communications to the Governor, Dr Muideen Akorede revealed other areas that government plans to utilise the fund.

He explained that apart from the earlier releases, the state government will further expend the fund in line with the provision of the 2017 budget.

The governor’s aide said other beneficences from the fund include pensioners, agencies and parastatals, among others.

“Apart from the N1billion released for local government salaries and the N312m for salary arrears of tertiary institutions, there are other expenses that we are going to expend the money on that will gulp N150million per month.

“Some pension arrears that have not been paid due to uncorrected paper work then will be offset and there are several parastatals and agencies in the state that have not received their allocations that will also be captured.

“All these will be met as well as programmes and policies that will benefit and improve on lives of the people and security situation in the state.

“But more importantly, the Paris/London Club Refund was actually provided for in the 2017 budget and the “money will be spent in accordance with the provision of the budget,” Akorede added.

Recall that the Federal Government released a state-by-state breakdown of another tranche of refund amounting to N243.8 billion being over-deductions on Paris Club, London Club Loans.

The Minister of Finance, Mrs Kemi Adeosun, in a statement on Tuesday, said that the debt service deductions were in respect of the Paris Club, London Club and Multilateral debts of the Federal and State Governments from 1995 to 2002.

President Muhammadu Buhari had earlier approved the release of N522.74 billion as first tranche of payment to states. 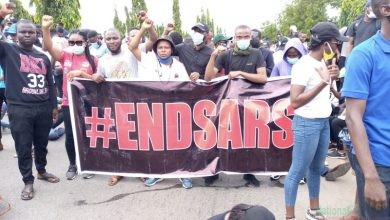 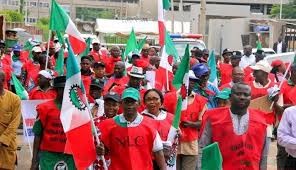 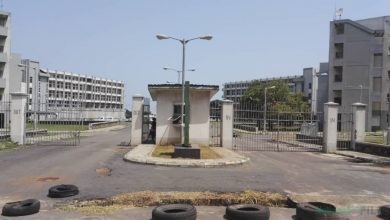 NLC to Kwara Govt: We’ll continue strike until our demands are met