The Christian Association of Nigeria (CAN) Kwara State Chapter has warned of impending danger inherent in the constant change in school curriculum and reported exclusion of Christian Religious Study (CRS).
The Chairman of CAN and Pentecostal Fellowship of Nigeria (PFN), Evang. Oloyede Opoola, stated this while speaking with Pilot Education in Ilorin, at the weekend, saying that such development portends risk for the Christian faith.
According to him, if a student doesn’t study CRK in secondary level, such cannot be admitted into seminary school because it is one of the criteria.
“The new curriculum is not good for the Christian faith, because CRK is no more standing as a single subject and pupils will no longer sit for it. Also, if the subject is not offered at junior classes, it will be impossible to do so at senior level and the subject is likely to be automatically removed from WAEC syllabus.
“Also, if a student doesn’t study CRK from secondary school, it means such student cannot put in for Law in the University. I see no reason for the new curriculum, it’s bringing so much confusion and for now, parents are at crossroads, not knowing what to do next as regards the changes,” he stressed.
Oloyede also alleged that some personalities are determined to turn Nigeria to one-faith nation hence the reason for their laying emphasis on Islamic religion and looking for ways of striking CRK off the education syllabus.
He added that the development can result in religious crisis if not well managed, noting that students of Christian faith have resolved not to register for IRK.
He said, “There is danger in the development, it could lead to religious violence. Our pupils have said they will not register for IRK and if they’ve been compelled against their choice, we can all imagine what could be the outcome.
“We should know that it will not bring peace and at this time, we don’t need confusion in our education system, a lot is going on in the country that needs attention, this is just a way of inciting religious crisis. The concerned bodies should do something fast about it,” he stressed. 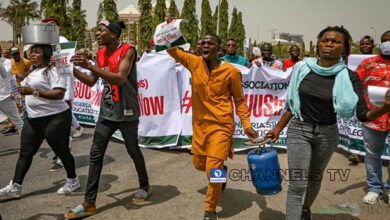