The race for who will emerge the candidate of the All Progressives Congress (APC) in the gubernatorial election in Kwara State has taken a new dimension following allegation of spiritual attack levelled against another contender by one of the aspirants, National Pilot can report.

The two gubernatorial hopefuls, highly placed sources confided in this medium last night, are among the top contenders in the race who have commenced subtle moves to clinch the party’s ticket for the coveted seat, come 2019.

The allegation of spiritual warfare is coming on the heels of alleged misdemeanour of the said aspirant who allegedly traced his predicament to the tussle for the top seat.

It was gathered that the said aspirant alleged that his uncoordinated actions and behaviours was being orchestrated by his political “opponent” using diabolical means.

The aspirant at one of the political meetings which took place in the state recently further alleged that using spiritual warfare to fight his perceived political opponent has become the stock in trade of his alleged attacker.

A source privy to the development who spoke on the conduction of strict anonymity because of the sensitivity of the issue, said the aspirant vowed to battle the alleged attacker to a standstill over the matter.

“During the political meeting, he (name withheld), was reprimanded for his actions which were said to have caused major stakeholders in the party a lot of embarrassment.

“However, in his defence, the aspirant promised to turn a new leaf and be of good conduct from now till 2019 when election is expected to take place.

“He appeared very sad and expressed concern over the issue and said the fellow gubernatorial aspirant who is behind the spell is known by many as an habitual spiritualist when it comes to political contest in the state”, the source added.

The race for the 2019 election in the state has attracted spontaneous denials and reactions from some of the gubernatorial aspirants alleged to be nursing gubernatorial ambitions for 2019.

Some members who are allegedly involved in the race in the state have reportedly decided to “tarry a while for now” until the coast is clearer.

INEC JOB AND THE RISK ELEMENT 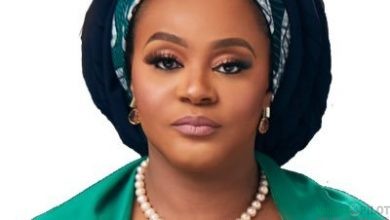 Alleged Misappropriation: Is Aisha spoiling for showdown with Gov Abdulrazaq?