There was huge celebration as the 1994 set of Government Secondary School (GSS), Bacita, Kwara State joined up on Saturday, September 30, 2017, at Forest Guest Inn, GRA, Ilorin, 23 years after leaving their Alma Mata.

The event which started around 3:15pm had in attendance scores of the dynamic set of the school who had come from far and wide to reunite with their former classmates and to chart the way forward for their Alma Mata.

The event also presented the set the opportunity to unanimously inaugurate a 3-man committee to take charge of the administration of the group.

The event which kicked-off proper with introduction had all those in attendance beaming with excitement.

In his welcome address, the Head of Admin, Dr Bolaji Shittu, who was later collectively appointed the President of the set, while appreciating Allah for making the day a reality, urged the gathering to observe a minute silence for some of their colleagues that had passed on since leaving school.

Speaking further, he said, “I appreciate this privilege I have been given to read out my welcome address, it is not I am special or better than anyone here but because you have saddled with responsibility.

“To start with, I applaud you all for making this event a possibility especially for those of us that has contributed or sacrificed one thing or the other.

“Part of the reasons we have come up with such reunion is to give back to our former school and more importantly to assist our colleagues in terms of employment opportunities and other welfare packages. We should not neglect our fellow members because of the little challenge being faced by us,” he stated, adding that with the reunion, the set has proven without doubt that they truly love one another.

“Finally, with our reunion, we have truly proven that we love one another,” he said,

Shittu, who is a medical practitioner, also advocated that two or three other sets be added to the group, a suggestion which was debated by members of the 94 set.

After a thorough discuss by those present, it was unanimously agreed that the 94 set, lay a solid foundation before integrating other sets into the group to increase the number.

Isaac Kuranga, Francis Oludemi and Tunde Adedokun among others lamented the pitiable condition of their alma mata, while calling on members of the 94 set to intervene in the area of structure, electricity and water supply among others.

Speaking, Seun Adegoke and the newly appointed Treasurer, Adeoti Oluwagbenga said there is the need for the 94 set to ensure the school retain its rating as one of the most preferred in Kwara State hence the need for the group to help out in terms of facilities.

The 94 set collectively agreed to send Mrs Bosede Igbodipe on a tour of facilities in the school just as they agreed to sponsor a project to improve teaching and learning in their Alma Mata.

Speaking in an interview with National Pilot, after the event, Mrs Bosede Igbodipe, who is the Secretary-General of the group, said she struggled to remember names of some of her colleagues even though she could recognise their faces.

Mrs Igbodipe, who blamed the low turn-out of members on financial constraint and tight schedule said, “I came all the way from Lagos with my family for this and I will implore my colleagues to leave whatever they are doing and travel the distance to have fun with their old schoolmates like is the case today.

“I had expected to see Lanre Farayiola  and his sister, Taiwo Farayiola here because I exchanged calls with them lately and they had promised to be here. In fact Taiwo lives in Ogbomosho which is just the next town to Ilorin, anyway, I wouldn’t know why they are not here now.

“We made provision for about 100 people but those we have on ground are not even up to half probably due to financial challenges. That said, I believe if you consider that this is the first time we are coming together, you will realise it’s going to be bigger next time,” she stated.

On the fond memories of her time in Bacita, Igbodipe said, “I could remember we do write a lot of love letters, we snatch boyfriends and our girlfriends and we also play pranks and fight ourselves.”

Lending his voice, Segun Olawore, said, it was fun to be in the midst of people he had not set his eyes on for over two decades adding that, “I never expected to have this numbers but the subsequent gathering could be better and bigger. Ever since we left school, most of our communication has been on whatsapp and phone calls but there can be nothing like coming together.”

In the same vein, Mrs Khadijat Abdullahi, who represented the school kin sports competitions said she was able to connect with her colleagues because she was the jovial type and a friend to all.

“Those days, it used to be fun and catching up with them now is highly fascinating and I expect this reunion to be sustained and made a yearly event,” she said. 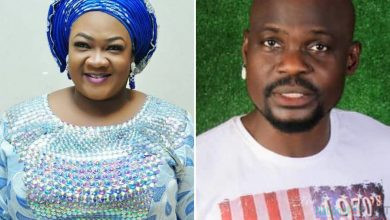 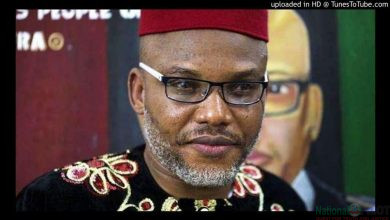