Persianas Investment limited is the state government’s partner in delivering the N3-billion project. This company was the lead developer in the consortium that built the highly successful Palms project in Lagos. Some of alliances concluded to deliver the entire project are with FCMB, Julius Berger and Chapel & Hill.
Facilities
The shopping mall will be enclosed with a substantial car park. It will be fully air-conditioned and fully powered up either through PHCN [Power Holding Company of Nigeria) or through an alternative energy source.

Increased trade within the state with shoppers no longer travelling to Lagos for monthly shopping. The mall and its tenants will create employment opportunities. The area around the malls expected to experience rapid development, with an attendant spike in property values. The multiplier effect within the city of Ilorin and the state will be high, especially as the per capita income of Kwarans has been rising steadily over the last seven years; the timing of this retail development dovetails well with this general economic trend.
Timescale
A memorandum of understanding [MOU) has been signed. Construction work was expected to begin in 2010 with completion set for December 2010. The design, costing and financial information phases have all been completed. The state will hand over management of the centre to a professional management company.

A 90-hectare site is being developed near Ilorin International Airport as a Truck Plaza to take advantage of Kwara State strategic location. Maintenance facilities, fuel depots and accommodation units are planned.
Private investors have an excellent opportunity to earn excellent returns in the development of a Truck Plaza as part of the state’s broader aim of positioning itself as a regional and national transport hub. Kwara’s central location with respect to the rest of the country is enhanced by its strategic position close enough to the bustling metropolis of Lagos to ensure quick delivery of goods but far enough away from the congestion of that area to be able to ensure rapid deployment of those goods to other parts of the federation.
A 90-hectare site is being developed near the Ilorin International Airport to centralise and control the throughput of trucks from all parts of Kwara State and beyond. Private developers of every sort associated with the transport, tracking and logistics sectors are sought. To be continued 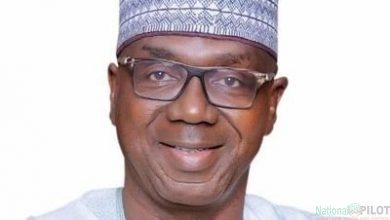 Kwara SMEs is below 0% – Expert