The Police in India have arrested a Nigerian national for allegedly defrauding 20 people of Rs 3 crore (about N16.55m) in kidney donation scam.
Reports from India said David Ujma Uba, 32, had promised to help his victims secure kidney donations.
Uba arrived Kolkata, the world most populous nation on a tourist visa in 2013.
Police in the city said the Nigerian created a fake hospital website and issued an advertisement asking those in need of kidneys to get in touch with him.
Uba asked those who contacted him to pay various sums into his bank account but failed to render the services he advertised.
Realising they have been scammed, the victims filed a complaint with Kolkata cyber crime police in April.
Uba was traced through his phone’s call record details and arrested at his friend’s place in Nagenahalli Dinne near Kothanur.

…another 21-yr-old nabbed in US for defrauding restaurant

A 21-year-old, Nigerian, Abdulrahaman Rosenje, is one of three men facing felony charges for using fraudulent checks to steal from a restaurant in Columbus, Ohio, United States.
Rosenje, of Kenosha, appeared in Columbia County Circuit Court via video from jail, Friday afternoon, charged with eight counts of felony forgery.
Assistant District Attorney Troy Cross requested Rosenje be held on a cash bond given the defendant’s lack of ties to the county as well as the sophistication of the alleged offenses as well.
“I don’t know of any ties to that particular area like a job or anything else and there was an allegation that he had been a Chicago resident before this, and I do not know of any Wisconsin or Illinois ID that he possesses,” Cross said. “The only thing that I’m aware of is a passport from, I think it was Nigeria.
Judge J. Andrew Voigt ordered Rosenje to be held on $2,000 cash bond, with his release conditioned on surrender of his passport within 24 hours of his release.
The case began when the Columbus Police Department was contacted by the owner of the Columbus Jimmy John’s sandwich shop, who reported that an employee, Austin Gruss, 19, of Columbus, had deposited fraudulent checks into his account amounting to nearly $5,000.
The checks, deposited on September 1 in amounts between $272.12 and $752.87, totalled $4,796.89, all deposited through mobile banking.
Additionally, the officer found that the recent spike in withdrawals was enough to require those deposits ahead of time.
Gruss told the officer on September 6 that he met “Jay,” who was identified as Jalaldeen Olorundare, 18, in the dorms of Upper Iowa University in Fayette, Iowa. Gruss told he officer he had suffered a football injury and dropped out of the school.
Olorundare offered Gruss an arrangement in which money would be deposited into Gruss’ account for him to transfer to another account, minus $100, which would be enough to pay for gas to get Gruss home. Due to rules for sending money through Money Gram at Walmart, Gruss told the officer he could only send up to $450 at a time without having ID with him. To transfer deposits of $900, Gruss divided them in two, making multiple transfers of $450.
Olorundare reportedly told officers on Sept. 14 that he had an arrangement with someone named “Doulie,” who would transfer money if provided account information. That person was Rosenje, who Olorundare claimed had been running the operation since March, police said.
On September 25, officers searched Rosenje’s home in Kenosha, finding several cellphones, a laptop, and a printer enabled for commercial check printing. In a safe, officers reported finding a replica pellet gun and 245 unprinted checks.
While being taken into custody, Rosenje reportedly asked about Olorundare, saying: “It’s not right that he keeps going to college and doesn’t get arrested. I get arrested, and he was part of this too.”
Defense attorney Amanda Riek said Rosenje and his aunt are renting a house in Kenosha, where he works, as she explained his living arrangement was more stable than it appeared to be.
“I don’t think he has been actively using (the passport),” Riek said. “He said the only time he left was when he went to visit his father and he had a temporary visa. He had and continues to have no intentions of leaving Wisconsin and if he is released he could still have his employment.”
Voigt pointed out that it seemed very possible Rosenje had never personally been to Columbia County prior to his arrest.
“That the defendant also possesses a passport at this point is somewhat disconcerting as well,” Voigt said, “even though there are no allegations of international flight associated with this, although it involves allegations of inter-state criminal conduct, which may be more problematic.”
Rosenje is scheduled to next appear in court for a Jan. 4 return hearing.
Gruss is scheduled to appear in court for identical charges on Nov. 1, while Olorundare is due in court on the same eight counts on November 8. 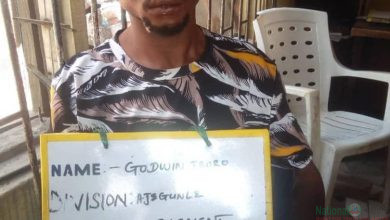 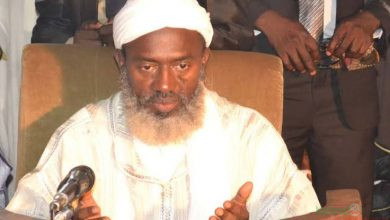 Declaration of bandits as terrorist meaningless like that of IPOB – Gumi 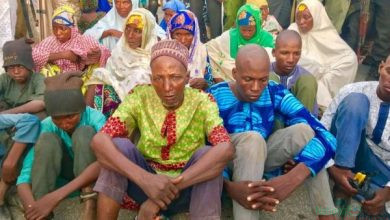