With 21 appointments, Ogun took the lead in the list of all the persons President Muhammadu Buhari appointed since he assumed office on May 29, 2015.

Femi Adesina, special adviser to the president on media and publicity, released the list of 159 appointees on Saturday night.

Imo and Kano followed suit with 14 appointments each, while Edo and Katsina equalled 14. 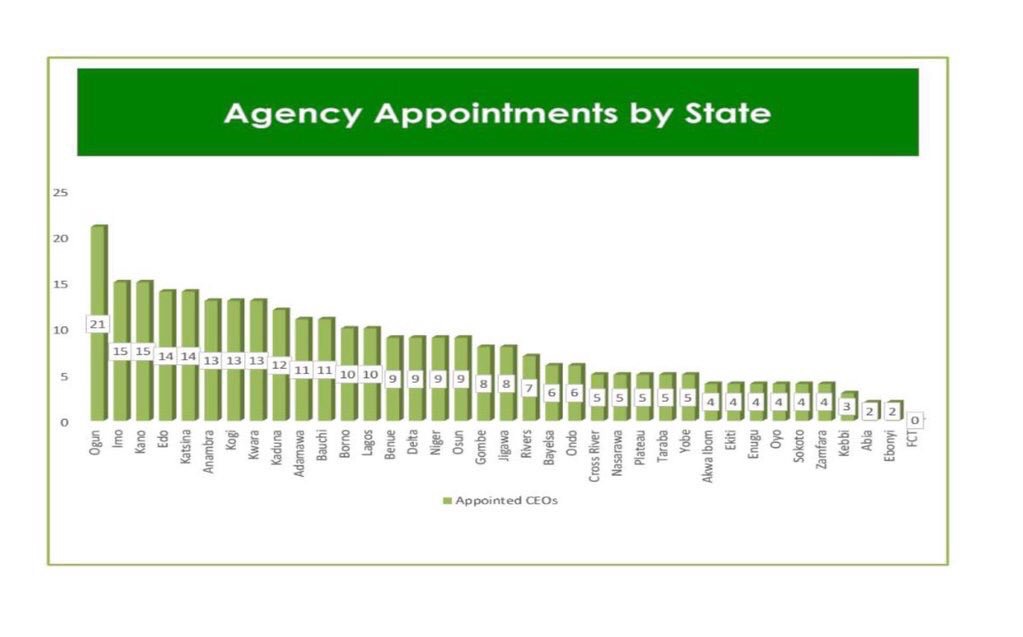 Kaduna has 12; Adamawa and Bauchi have 11 each while Borno and Lagos have 10 each.

Benue, Delta, Niger and Osun states have nine each; Gombe and Jigawa have eight each; Rivers has seven while Bayelsa and Ondo have six each.
Cross River, Nasarrawa, Plateau, Taraba and Yobe have five each; Enugu, Ekiti, Akwa Ibom, Oyo, Sokoto and Zamfara have four each; Kebbi has three; while Ebonyi and Abia states have two each.

The FCT has nothing recorded against it on the graph.

The presidency released the list in reaction to the reports of lopsidedness.

Kwara 2023: God revealed to me there will be change of government at the polls – popular Ilorin cleric