The Federal Inland Revenue Service (FIRS) in collaboration with Kwara State Internal Revenue Service (KWIRS) on Friday embarked on awareness campaign on Voluntary Assets and Income Declaration Scheme (VAIDS) in Ilorin, Kwara State.
The campaign was to further create awareness and encourage compliance for the VAIDS, with Community Tax Liaison Officers (CTLO) distributing flyers to motorists and shop owners within the metropolis during a roadshow.
Recall that the Finance Minister, Mrs. Kemi Adeosun had announced recently that there will be no extension of the voluntary tax amnesty programme beyond March 31, 2018. The minister had warned that those who failed to fully declare their assets and incomes at the expiration of the window offered by the scheme risk prosecution, among other penalties.
Addressing newsmen during the event, KWIRS Director of Administration and Operations, Mrs. Adenike Babajamu, stressed that the sensitation is aimed at creating awareness on the deadline.
She said, “The window opened by the Federal Government on VAIDS is about to close in about two weeks and we decided it will be better to sensitise the public and intensify the advocacy getting people to comply with the scheme.
“The roadshow is targeted at engaging and advising the people to voluntarily declare their assets,” she further stressed.
Babajamu stated that the CTLOs have been doing a lot of awareness campaign in Kwara State enlightening people in the informal sectors and corporate organisations on need to comply with the tax amnesty programme.
On his part, the Tax Controller of FIRS in Kwara State, Alhaji Aliyu Maye said the level compliance to the scheme is high.
He said, “People have been coming to declare their assets and we collect, review and then forward such documents to the appropriate quarters.
He called on the people who are yet to declare their assets to do so before the deadline in order not to penalized.
Also speaking, the leader of the CTLO in Kwara, Mr. Paul Ajiroba urged people to comply with the scheme, noting that it is through the tax government can provide infrastructural development. 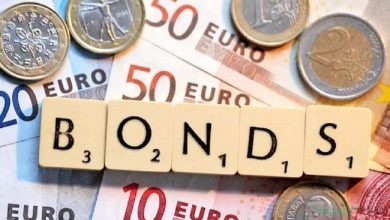