Journalists and members of the public have been charged to always hold their leaders accountable in order to ensure good governance.

The Media and Publicity Coordinator to the Niger State Governor, Mr Jide Orintunsin stated this while presenting his paper on; ‘Democracy and Developmental Governance’ on Tuesday during the 2018 Press Week of the Nigeria Union of Journalists (NUJ), Kwara State Council, at the Press centre, Ilorin.

Orintunsin said journalists should consistently report government programmes, policies and activities in order to bring governance closer to people at the grassroots and to make the citizens participate actively in the process of governance.

“We Journalists owe the people the debt of making our leaders accountable while we continually educate the people on the need to discharge their civic responsibilities to the state.

“Governance is a two-way traffic that requires active participation of both those in government and the governed.”

Analysing the trend of democracy and developmental governance using Niger State Governor’s approach as a case of study, he said, ” Since assumption of office, Governor Abubakar Sani Bello has been deepening democracy in Niger and addressing the developmental challenges in the state.

“He has made himself accessible to the electorate at all times and as an elected public office holder, he prefers to be simply called “Mr. Governor” rather than the “Executive Governor”.

“His priorities are education, agriculture, infrastructural development, healthcare delivery, security of lives and property, youth and women empowerment, among others.”

He added that the governor engaged consultants to conduct staff audit in collaboration with organised labour and as such Bello does not owe any worker salary.

“Civil servants salaries are paid on or before 25th of every month,” he stated.

Earlier, the Kwara State NUJ Chairman, Comrade Abiodun Abdulkareem said the Press Week Dinner is organised annually to appreciate those who have contributed to the development of the in their various fields.

The NUJ Chairman however urged other well-meaning individuals in the society to emulate the gesture of the awardees in order to develop the state.

Meanwhile winners of the Ba’aziki/NUJ 2018 Table Tennis competition in female and male categories were received their medals and prizes.

Winners and losers at APC convention 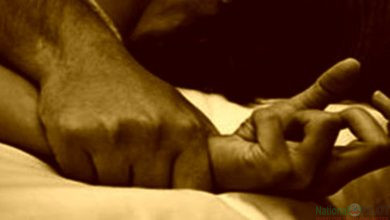