Singer, Simi, who headlined the Johnnie, Jazz & Whisky event in Abuja at the weekend, knelt down on stage to greet music legend, Lagbaja as they performed a song together.

The masked veteran singer who was caught up in the beautiful moment, also went down on his knees, as he hugged and brought Simi up to her feet.

Simi who shared photos and video from the event on her Instagram page,  acknowledged that she is living her dream, meeting with the legend and entertaining her fans.

She wrote:”So yesterday I met a LEGEND!!! I had the time of my life #JJW #LivingMyDreams #GodisGood.”

Recall an earlier report that the singer took to her Twitter page to blast LeardersNG, for listing her among the #67MillionYouth who collected N200m to launch #67m youth initiative for Buhari’s re-election. 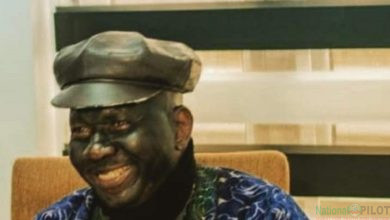 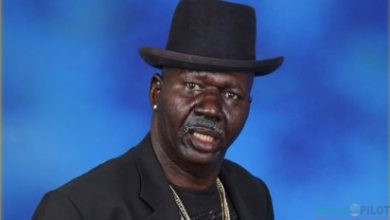