As the 2019 general election approaches, Youths have been advised not to allow politicians to use them for election malpractices.

The Minister- in- Charge of the Presbyterian Church of Nigeria, City of Grace, Obbo road, Ilorin, Kwara State, Reverend Kelechi Odii gave the advice  in his sermon titled: “Youth Living by the Word of God,” yesterday.

The cleric also advised them to abstain from worldly affairs and be holy in order to fulfil destiny.

Similarly, Christians have been urged to seek first the kingdom of God.

Prophet Akin Awoye gave the charge in his sermon delivered at the 33rd anniversary of Deborah Band of Cherubim and Seraphim Movement Church Ilorin District Headquarters.

Speaking on the theme, ‘Living a new life in Christ for great exploit’, the Cleric called on them to be strong and have faith in God.

He challenged Christians not to relent in the task of spreading the Gospel to win souls for the Kingdom of God.

In his message titled “You should have listened”, Pastor Taiye Aransiola of United Evangelical Miracle Church Off Yidi Road Ilorin called on Christians to desist from evil deeds and live a life of holiness unto God.

Pastor Aransiola implored them to listen and be obedience to God and constituted authority.

Also, Christian women have been called upon to be more resolute, courageous and determined to pursue their God’s divine agenda for their lives.

Reverend Helen Ebun Oluwakorode who made the called at a one- day annual programme of the Royal Women Ministries with the theme “the unstoppable woman,” held at Calvary Message Church, Ogunsola street off Asa Dam road, Ilorin, encouraged women not to be distracted by criticism.

Reverend Oluwakorode implored them to forge ahead on what they believe would make them a better and relevant people in the Church and the society and play greater role in the development of the Nation.

Speaking at this year’s women anniversary, with the theme “Let Christ reign in you”, Pastor ldowu Constain of the New Life Holy Trinity Chapel Gaa-Akanbi, Ilorin urged Women to be role model to their family and the Society and let the teachings of the Bible be their guiding principles.

Also in her message at the annual thanksgiving, Reverend Mother Remi Adegbemiro of the Halleluyah C & S Church, Kilanko road, Ilorin admonished Christians to appreciate God through praise singing for His mercy.

Pastor Aremu Abidoye of the Ark of God Covenant Faith Bible Ministry, Amayo implored Christians not to relent in praying for their leaders for divine direction.

Reverend James Adedoyin of ECWA, Ita Elepa, Ilorin in his message titled “forgiveness is part of tickets to the kingdom of God” called on Christians to develop the spirit of forgiveness and move closer to God in worship.

Nigerian youths have urged to get their exercise their franchise wisely by voting for visionary leaders.

Speaking through the Youth President of the province, Pastor Oluwatosin Babatunde, he stressed the need for youths to cast their votes for the right people to get into elective offices.

He, however, urged the youths to discover their purpose early in life in order to be a solution in their generation.

“Purpose simply means the reason God created you; because nobody is born by accident.

“Some people have discovered their purpose in life but lost it due to ignorance and distractions such as social vices, political thuggery, cultism, among others.

Meanwhile a cleric, Reverend Love Adebiyi has called on Christians to position themselves strategically   so as to carry out God’s plan of reconciliation and redemption of the World.

Reverend Adebiyi who is the Senior Pastor of ECWA Chapel, Ilorin made the call recently in his sermon titled “God is faithful and He will do it” delivered at the Chapel.

The Cleric noted that God is gracious and generous in his dealings with man and wants man’s partnership in his purpose, plan and programme.

He stated that God uses available men in making his purpose known to the world and   builds his Church, imploring Church Leaders to be accountable to Him at all times.

Reverend Adebiyi stressed that serving in the Church calls for faithfulness before men and God, calling on clergymen to be responsible in their assignment of winning souls for the kingdom.

He implored Nigerians to refrain from iniquities, saying that the misuse of grace of God contributed in no small measure to what the country is currently facing. 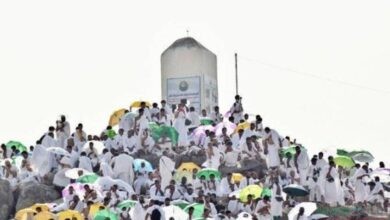 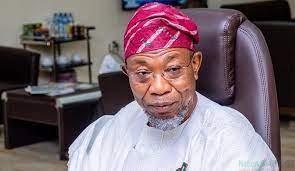 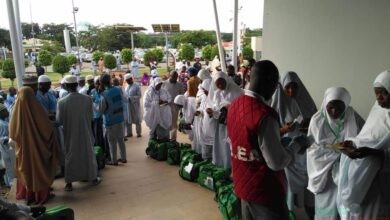