A 57-year-old man, Daramola Kehinde, has been remanded in prison by an Ado-Ekiti Chief Magistrates’ Court for allegedly raping his 16-year-old daughter to death.
Kehinde, of no fixed address, is facing a count charge of rape.
The prosecutor, Inspector Johnson Okunade, told the court that the accused committed the alleged offence on August 10, 2018, at Iyin-Ekiti.
Okunade said that the accused raped his 16-year-old daughter, which led to her death.
Kehinde was dragged before Magitrate Adesoji Adebgoye for an offence contravening the provisions of Section 31 (2) of Child Rights Law and Section 214 of the Criminal Code, Law of Ekiti State, 2012.
The prosecutor, therefore, urged the court to remand the accused in prison, pending legal advice from the office of Director of Public Prosecutions (DPP).
However, the Chief Magistrate, Adesoji Adegboye denied the plea of the accused.
Magistrate Adegboye then ordered that the accused be remanded and adjourned the case until November 2, for mention.

We still've no confidence in INEC, Secondus tells EU 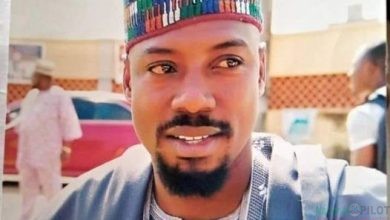