The National Association of Nigeria Nurses and Midwives (NANNM), Kwara State has lamented what it described as gross shortage of nurses and midwives in the state.

Chairman of the professional association, Comrade Joseph Adekanye in an exclusive interview with this medium last Wednesday, revealed that nurse to patient ratio in Kwara is 1:500.

He noted that the state has not been able to meet the World Health Organisation (WHO) standard of one nurse to four patients ratio towards qualitative healthcare delivery.

Adekanye lamented that nurses and midwives employed by the state government are over burdened and not adequately compensated.

The chairman further revealed that some local governments in the state  do not have nurses in their health facilities, which according to him has negatively impacted on healthcare delivery in the affected areas.

“It has reached a stage that some nurses and midwives are being overstretched thereby rotating them again in the night after their afternoon duty shifts. So, they don’t have time to rest.

“The standard ratio is one nurse to four patients. So we are very far from standard. If I’m rating our manpower here in Kwara, I will say we have one nurse managing 500 patients.

“The International Conference for Nurses recommendation, which has the backing of the World Health Organisation (WHO) is one nurse to four patients.

“We know that the wealth of a nation is largely dependent on the health of the citizens. Therefore, there should be  concerted efforts to ensure that the health of Nigerians is not put in jeopardy.

“In recent time, due to gross shortage of human resources in respect of nurses and midwives in the state, we discovered that our members are overburdened. We have instances where  patients rescued nurses who collapsed due to  work stress.

“Nurses and midwives are the engine room in any hospital set- up and once we’re not there it will collapse because we’re the only ones that stay 24 hours on daily basis with the patients.

“When you visit the antenatal and maternal section of the  general hospitals you will see patients in their hundreds with just three nurses attending to them.

“As large as Patigi Local Government is, there are only five nurses in the local government. What  I’m saying is that there is gross manpower shortage in terms of nurses and midwives in the state,” he added.

On the effort by the association to salvage the situation, Adekanye said letters have been written to the state government for the recruitment of 1,500 additional nurses.

“I have written to the state government that we need about 1,500 more nurses to reduce the shortage, but there has not been any response to that demand. And, unfortunately  nurses are retiring in large numbers and there is no replacement.

“We want the government to critically look into this urgently. Even if other sectors are lacking in personnel, health shouldn’t,  because human lives are involved.”

The NANNM boss, who however appreciated Governor Abdulfatah Ahmed for the payment of 60 per cent Consolidated Health Salary  Structure (COHESS) for workers in the state, said it is yet to be implemented for health workers in local councils.

“We have written giving the state government 14-day ultimatum to implement the 60 per cent COHESS for health workers or risk the shutdown of the entire health sector. We’ll soon call congress for next line of action,” he further said.

“Since my resumption in July we have carried out evaluation to know what we need to provide better healthcare and treatment in the state.

He, however, noted that it would be hard to meet the WHO recommendation given the population in comparison to number of qualified health workers.

Aluko decried attitude of some nurses to work, which he said is affecting healthcare delivery in the state.

“We are looking at ways to increase capacity in training and number of students nurses we have. But it is key to understand that for you to meet the challenge of needs the supplier too have to justify the services of those in the system.

According to nurses and midwives retiring doesn’t translate to recruitment immediately because technically the  retirees still get paid through gratuity and pension. 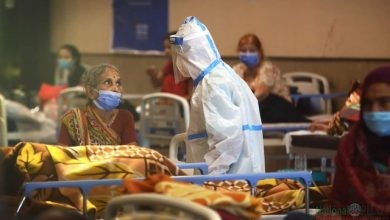 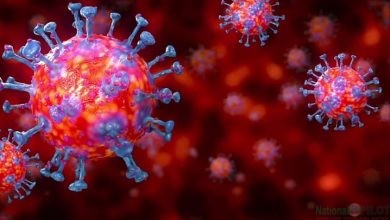 Tuberculosis: 157,000 Nigerians died for lack of access to drug during Covid-19