The Court of Arbitration for Sport (CAS) has confirmed Esperance as winners of 2019 Caf Champions League.
An Emergency Executive Committee had ordered to have a replay of the second-leg final clash between the Tunisian outfit and Wydad Casablanca.
Players of Esperance were ordered to return their medals and trophy for the rematch at a neutral venue on a yet to be determined date – a verdict which did not go well with the Tunisians.
After a 1-1 draw in the first leg, Esperance took the lead inside Stade Olympique de Rades after 41 minutes through Mohamed Belaili.
However, the game came to a shameful end after the Moroccans walked off the pitch following referee Bakary Gassama’s refusal to review Walid El Karti’s disallowed strike for Wydad in the 58th minute.
With Wydad failing to continue the game after more than two hours despite the intervention of Caf president Ahmad Ahmad, the Tunisians were crowned as champions.
After few weeks, Caf decided the game be replayed with Tunisian Prime Minister Youssef Chahed took to social media to air his grievances.
“After the Caf farce: salutation to our army and police, who have been a good example for all the world, and whoever is talking about this should take responsibility for it,” he wrote.
“Salutation to ES Tunis fans, they were great at the last game.
“We will not give up on ES Tunis’ rights or any Tunisian foundation rights.”
The matter was then referred to the CAS, who ruled Esperance are the rightful champions of Africa. 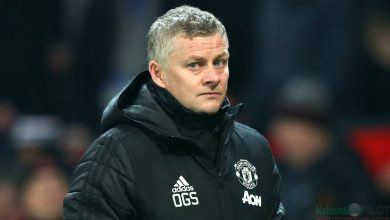 Solskjaer has three games to save job