The Kwara State government has quarantined no fewer than seventy four persons suspected to have had contact with the index cases of the covid-19 in the state.

The state recorded two covid-19 cases on Monday after the tests conducted for the wife of a late patient at the University of Ilorin Teaching Hospital (UITH), Alhaji Muideen Obanimomo and another UK returnee returned positive.

The death of Obanimomo has been a subject of controversy following accusations of negligence levelled against the UITH for allegedly concealing his medical and travel histories and thereby exposing a lot of persons to the possibility of contracting the pandemic.

In a statewide address on the development on Tuesday in Ilorin, Kwara State Governor, Abdulrahman Abdulrazaq expressed disappointed over the action of UITH which led to the outbreak of the virus in the state and called for the sanction of all the officials involved including a senior consultant, Prof Alakija Kazeem Salami.

While calling for all hands to be on deck to defeat the pandemic and advised citizens not to panic, the Governor reiterated its resolved to provide required assistance and support to protect the people of the state.

‘Contact tracing by the Rapid Response Team of the medical advisory committee has so far netted 74 persons who have had contacts with the cases and the suspected case at UITH. As we speak, government has directed all the contacts to begin self isolation under government’s strict monitoring.

”In the past two weeks, Kwara State has tested and received results for 12 samples of suspected cases. Out of these, only two have tested positive. This contract tracing continues side by side with aggressive surveillance”, he noted.

He said the two confirmed cases have now been moved to the Kwara State Infectious Disease Centre at Sobi Specialist Hospital with full compliments of security agents manning the facility, while our medical team begins standard treatment for them. He added that the two cases remain very stable as we speak.

”Fellow Kwarans, this is truly a trying moment for the whole of mankind. But we are definitely not helpless or without reasonable preparation in Kwara State. We are also blessed with committed professionals who are up to the task and willing to stand up and be counted at this time — while also taking all precautions.
”COVID-19 is a global pandemic and is no respecter of anyone. Contracting it is neither a death sentence nor or an indication of guilt. We urge Kwarans to avoid crowded space, isolate themselves, call our helplines if they have just returned from places of interest in the last three weeks for proper screening and early care in the event of anything.

”The government will quickly extend the ongoing fumigation exercise to these places of interest, including Offa, where contamination may have occurred as a result of this very infectious disease. Notwithstanding our preparation, we are not ashamed to say that Kwara State will be glad to get all the help it can get at this moment”, it added.

Governor Abdulrazaq said despite the increase efforts to help flatten the curve of transmission, he has also signed the newly prepared Kwara State Infectious Diseases (Emergency Prevention) Regulation 2020 to provide legal backings for the local management of the global health situation.

According to him, ”This is an emergency and the regulation, built around some enabling laws like the Quarantine Act of 2004, may empower us to invoke various drastic measures in the days ahead, if occasion call for it. Highlights of the regulation include sanctions for anyone caught endangering public safety in whatever form or seeking to unfairly profit from our collective vulnerability and need for essential commodities at this time”.

He said the government is doubling down in the ongoing aggressive sensitisation of the public across all media platforms, especially radio and social media, on the danger of the virus and a need to prevent community transmission. ”We need everyone to join this public advocacy in their various locality without exposing themselves or others to danger”, he added.

On the controversy that the UITH handling of the suspected case that later died had generted, the Governor submitted thus:

”We realise this is no time to pass the bulk. However, we reject in totality suggestions in some quarters that the state government was complicit, had prior knowledge of the suspected case at UITH, or that the isolation centre was not functional. These claims are not only far from the truth but they are also irresponsible.

”We state that the government or the committee was never informed of the case by the UITH authorities until after the death of the husband of the COVID-19 patient. Claims that the patient was taken to our isolation centre were a tale by the moonlight. If we concede that he was indeed brought there, how come nobody ever contacted the committee or the government of such a suspicious case to be attended to?

”His treatment was completely shrouded in secrecy. When the government was eventually notified of the suspected case after death, the teaching hospital was specifically directed not to release the corpse until samples were taken from him. This clear advice was parried as the body was hurriedly interned without the government knowing. The question is: who authorised such release knowing how dangerous this was?

”The government is utterly disappointed at the sheer blatant disregard for protocol and ethics and breach of trust that played out in the UITH case, thus endangering the lives of millions of our people and casting undeserved aspersions on the effort of the administration to fight this virus.

”We insisted at this point that cover up of any kind helps no one as COVID-19 is not a death sentence. It is a global pandemic that requires all sincerity, openness and joint efforts to combat.

”Consequently, given his disappointing roles in the entire scandal, we demand immediate suspension of Professor Alakija Kazeem Salami and every other official of UITH whose professional misconducts brought us down this path pending further investigation, even as we step up our efforts to contain this virus.

”We request the Honourable Minister of Health to kindly use his good office to probe this unpardonable behaviour at the UITH and prosecute any of these officials as appropriate to restore confidence in the institution. We demand everything that would ensure this never happens again!

”Kwarans, this is no time to panic. It is no time to play politics. We are in this together. Please stay calm. We will do everything to keep you safe. But we need everyone to play their own role. Stay at home, except you are on essential duties. Keep social distancing. Avoid crowd. Prioritise personal hygiene. Eat well and rehydrate yourself. And finally, do not spread unverified news”. 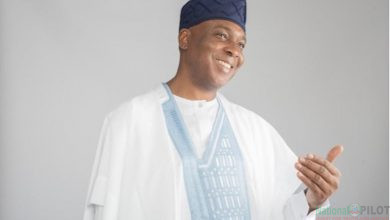