By Mumini Abdulkareem
The Magaji Nda of Ilorin, Alhaji Saliu Woru Mohammed on Tuesday in Ilorin celebrated his 20th year on the throne.
Magaji Nda who was appointed by the Emir of Ilorin, Alhaji Ibrahim Sulu Gambari in 2010 is a prominent title holder in the emirate and a retired police officer.
The programme which was held at the spacious residence of the royal father inside the Palace of the Emir of Ilorin commenced at 10:00am and attracted dignitaries from all walks of life from the religious, traditional and academic circles within and outside the state.
Prof Lanre Yusuf Badmas, Managing Director/Editor-in-Chief of National Pilot Newspapers, Alhaji Billy Adedamola, Mukadam Erubu, Sheikh Usman Sulyman and several Magajis and Alanguas among others graced the highly attended event.
In his sermon during the event, Sheikh Zuglul Saadalah described the Magaji Nda as a very courageous personality who has always stand-up in defence of the emirate and Alimi dynasty adding that God has been very kind to him with good health and contentment while in service and even after retirement.
In his remarks, A professor of Islamic Studies, Lanre Yusuf Badmas noted that the Magaji Nda is a lover and defender of Ilorin heritage and Alimi dynasty who has used his wealth of experience and knowledge to promote the cause of the emirate and the people. He said Almighty Allah has been kind to him because of his faithfulness good intentions to always promote the cause of the community, its tradition, religion and people.
Speaking with newsmen during the event, the Magaji Nda rallied support from all and sundry for the traditional stool and Alimi dynasty adding that the community has a common and highly revered heritage that must be protected at all times.
”I am very delighted for this day and thanked all those from far and near that graced this occasion.
”We should live together in peace and harmony just as the epithet of the state emphasises particularly the people of Ilorin Emirate which comprises Ilorin West, Ilorin East, Ilorin South, Asa and Moro because we are of the same father and mother.
”We should respect the Emir of Ilorin, Alhaji Ibrahim Sulu-Gambari and the constituted authority and be our brothers’ keeper. Agitation for grading to me is not necessary but what is important is how we have impacted our various communities with whatever titles we are given.
”I will not support anything which will lead to the adulteration of the emirate system and the Alimi dynasty. Those who are fanning the embers of discord in the state because of their personal interest should desist and face the reality of the situation. Castigating people unnecessarily is not the
He called on all the Magajis and Alanguas to stand behind the Emir and called on all the indigenes to always promote the cause of the community.
He urged the people to continue to pray and support the government and palace for the development and wellbeing of the state and its citizens.
Highlight of the programme was the commissioning of a school and conferment of four titles on family members and traders who have through their personal sacrifices promoted the cause of the community. 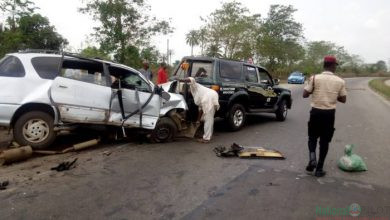 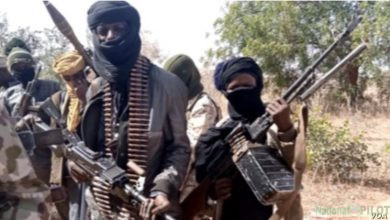