By Adetunji Ayobrown
Medical or political, every Nigerians is an asylum seeker. This and many more were some of the viewpoints raised by agitated citizens to the former colonial master on the unfortunate daily happenings inside its former colony. While the leadership runs away seeking more than medical help but the same is not applicable to others even to the safety of his life.
Acting in the line of human integrity, having Nigeria is worthy of losing her. Many thought it would be more pleasing to engage Buhari socially. Accepted Buhari too whenever he is in need of help. The last was medical, please helping other Nigerians who are in need is no crime.
Glaringly, Buhari’s detest starts the very moment he starts feeding upon the gullibility of the Nigerian masses.
If a person is likely to be at risk of ill-treatment, then such is likely to amount to persecution. Between fleeing prosecution or punishment for a criminal offence are not normally refugees. And fleeing medical punishment for lack of facility at state-owned over-budgeted clinics in the presidential villa is what?
A supposed criminal offence but instead seek normal care as medical refugees in London. As if such action had not amounted to persecution of the public and its funds. Instead who and who not to give asylum preference to become an issue.
Prosecution may, however, amount to persecution if it involves victimisation in its application by the authorities. Many questioned FG’s guts in its accusation of the UK. Not from someone who had enjoyed similar even opportunities in the same country.
But post no blame elsewhere, Nigeria is a story many tagged tragedy of a union, faulting the then UK system saying the creation and foundation of Nigeria was done on wrong notes.
Is UK supporting terrorism in Nigeria? Too weighty allegations to be ignored, but an interesting tale of the United Kingdom and one of its former colonies, Nigeria.
Without mincing words and in accordance with all international standards, most if not every ordinary Nigerians deserves and urgently needs UK’s asylum offered. Just like Buhari, every other Nigerian is entitled to similar asylum whenever needed.
What a worse way to mourn a convulsing creation, FG saw the UK Visas and Immigration new guidelines to its decision makers on how to consider and grant asylum applications to IPOB members whose founder, Nnamdi Kanu, is operating from London.
Kanu, who holds both Nigerian and British passports, fled Nigeria in 2018 after troops invaded his country home while he was facing trial on treasonable felony charges for criminal conspiracy, intimidation and membership of an illegal organisation.
The role it meant not to play, was the submission of many of the news of IPOB/MASSOB asylum. Such an offer of protection for those who need it seems belated now that Nigeria had long been bedeviled with insecurity. That the decision seems disrespectful amount to sabotaging the fight against terrorism and generally undermining Nigeria’s security.
Bold entrance into our national drama. The British High Commission stated this in response to the Federal Government’s allegations that the UK’s asylum offers for persecuted members of the Indigenous People of Biafra and the Movement for the Actualisation of the Sovereign State of Biafra to undermine Nigeria’s security.
Like too unqualified to be the messenger. All asylum and human rights claims from Nigerian nationals are considered on their individual merits in accordance with its international obligations.
To know something is good, to do something is godly. The British government stated a proud history of providing protection to those who need it, in accordance with its international obligations under the Refugee Convention and European Convention on Human Rights.
Being vulnerable is being woundable, in accordance with all international standards; most Nigerians are poor suffered terribly for so long. But how he whisked himself to London to save his own life, but what does he want for others, death?
Daily disconcerting news of insecurity about Nigeria calls for grave concerns. Between medical and political asylum seeking. Federal Government frowned on the UK immigration guidelines, describing them as support for terrorism. But not for supporting lazy leadership who prefer foreign treatment at the detriments of it in his own country.
But while responding to the allegations by the Federal Government, the UK thought it had a proud history of providing protection to those who needed it, just like Buhari himself did. But did British ever consider if the arrest and prosecution of IPOB members for clamouring for the break-up of the country were acts of prosecution, not persecution.
Rebuffing Buhari, he too had on many occasions sought more asylum in the UK as nothing is confusing about such.
*Ayobrown, Senior System Analyst, National Pilot Newspaper, writes via aayobrown@gmail.com

O To Ge: Is this what AbdulRazaq promise Kwarans? 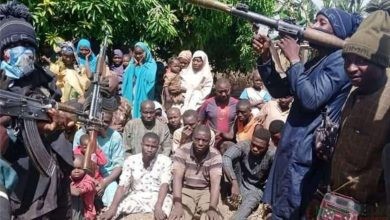 Who are the bandits? 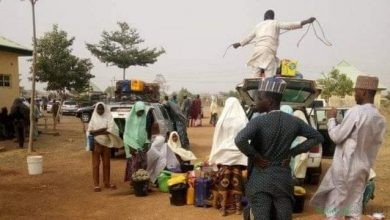