It has been a year now that the report on Magu had been submitted to President Muhammadu Buhari with  details of the report yet unknown.

Chairman, Arewa Young Lawyers Forum, Dauda Jimoh said that “before  a person is removed, the entire nation and beyond must know what actually happened that led to his removal”.

He made this known in an interview with Pilot Law. He said “except Buhari too is corrupt, making public the contents should not be difficult”.

“We all knew what happened during Magu’s tenure as EFCC chair, it is only fair to make public findings of the Justice Ayo Salami-led panel”.

It would be recalled that President Buhari had received the Salami report that investigated the embattled former EFCC boss over allegations of corruption and insubordination. Ibrahim Magu served as acting chairman of the Economic and Financial Crimes Commission, from 2015, until his suspension in July 2020.

For over four months the panel meetings were held behind closed doors at the presidential villa in Abuja. The Committee received a total of 113 witnesses and that of the accused (Mr Magu). While 46 petitions and memoranda were presented by individuals and organisations with complaints against the suspended acting EFCC chairman.

Jimoh said “Magu still holds his former status, because he was only suspended but not removed”. He pointed out  that “suspended person must be removed before another person can be appointed”

“Anyone that knows Justice Salami will vouched for his integrity. The investigations conducted by a panel like that should not be swept under carpets without making public it findings and implementation of its recommendations”.

He further said that, “It our right as Nigerians to know contents of the reports. If Buhari is truly our leader, we are demanding that as our right from him”.

“Buhari received many accolades for suspending and setting-up a panel on Magu, we were all happy and believed in the calibre of people that constitute the panel will do their best”.

“If truly this government of Buhari is fighting corruption, I want the president to make known the contents of the reports on Magu.

“Without any further delay, the president disclosed it to Nigerians, because it has nothing to do with national security.

“In fact, this will galvanise and even enhance insecurity in our country. If president Buhari refuses to disclose the submitted reports to Nigerian this means he is not a listening leader

“As a matter of right, FG owe Nigerians explanations, so also Magu too owe the world many clarifications”.

Buhari: What happened at the PTF? 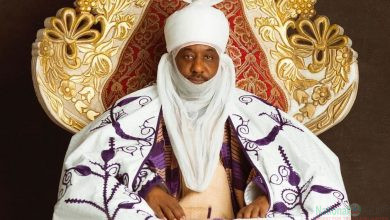 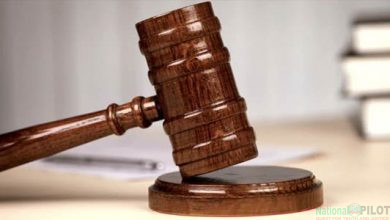