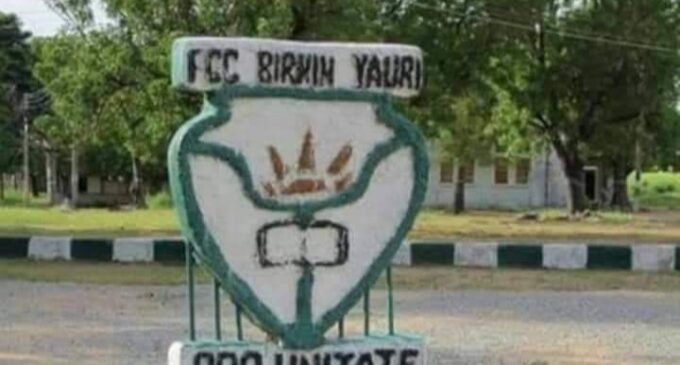 A total of 27 students and three teachers who were abducted from the Federal Government College (FGC), Birnin Yauri, in Kebbi, have regained their freedom.

Atiku Bagudu, governor of the state, confirmed the development on Thursday.

A number of students and teachers were abducted by gunmen during an attack on the school in June.

The gunmen invaded the school on motorcycles and engaged police officers in a crossfire — wounding some of the students, while one died in the process.

Three days later, the army, in a surveillance operation, rescued three of the students.

Another two abducted students were rescued in August.

Addressing the students in Birnin Kebbi, Bagudu thanked God for their release and urged them to take their abduction as a trial from God.

“Even prophets of Allah, who are the best and most faithful people, had been tested and tried; but one thing is certain that if you are tested and tried and at the same time, you become patient. Definitely, the sky is your limit and only Allah knows your reward,” he said.

He added that “efforts are ongoing to secure the release of the remaining abductees”.

The governor directed that the students should undergo medical screening, and said they will be supported after being reunited with their families.

He thanked the security agencies and all those that helped in ensuring the release of the students.

The 30 released abductees comprised three teachers (two males and one female) while the students included two girls and 25 boys.

Abolition of capital punishment: I believe an eye should be for an eye - Ijaodola