My attention has been drawn to a video circulating on the social media, which shows the Kwara State Governor, Abdulrahman Abdulrazaq speaking while playing host to his Borno State counterpart, Professor Babagana Zulum.

One of the things he said in that video, which has left me worried was that it would take fifteen years to fix the problem of education in Kwara State.

Taken in the overall context of the address, it would appear that the Governor believes that education is all about construction of classrooms. This is perhaps why his signature achievements, each time he speaks about education, is that he paid the UBEC counterpart fund and that he is building classrooms. And it is on this basis that he has continued to accuse previous administrations of doing nothing and allowing “the public education system to collapse.”

As a commissioner for education in one of those past administrations, the Governor would agree that I have a duty to myself and to posterity to straighten the records, especially for the benefits of the younger generation who runs the risk of being misled by his statements.

Let us begin with the much trumpeted issue of UBEC counterpart fund. The UBE ACT, 2004, was enacted pursuant to Nigeria’s desire to achieve the goal of universal basic education as one of the goals of the Millennium Development Goals, MDG 2015, as well as the Education for All (EFA) goals.

Consequently, the major imperative of mass education was investment in the development of school infrastructures, especially classrooms, to accommodate the massive increase in enrolment that was envisaged under the programme. The UBE Commission was therefore established to manage “the not less than 2% of the consolidated revenue” of the Federal Government allocated for the purpose. And to ensure that the states were also committed to this global objective, the UBE law  required them to contribute 50% of the federal grants as a precondition to draw down. It says: “For any State to qualify for the Federal Government block grant puts ant to sub-section 1(1) of this section, such State shall contribute not less than 50% of the total cost of projects as its commitment in the execution of the project.” This arrangement worked for a while until some States began to find it difficult to pay the counterpart fund because of declining revenue, while some States simply didn’t pay because they just didn’t want the grant.

When Dr. Bukola Saraki launched the Every Child Counts in 2007, it was to respond to a deep crisis in public education in the State. We found that the system had virtually collapsed. However, we understood that this collapse did not happen just because previous governments did not build classrooms, but because they have reduced interventions in education mostly to that of merely recruiting teachers and building classrooms; just the same way the incumbent governor is doing now. Whereas, anybody can build classrooms, not everybody can build a system that guarantees education for children. That requires a different skillset, a different portfolio of interventions that is more complex than just spending money and awarding contracts.

Every Child Counts sought to put children at the very centre of educational planning by asking a single question: what is the most important intervention that would help the children to learn as quickly as possible? We realised even then that while mass education sought to bring every child to school, it was more important to ensure that every child that comes to school got education. We realised that attending school does not necessarily guarantee education.

We realised that the most important factor that we needed to improve learning is the quality of teaching and teachers. We got to work. We embarked on the most ambitious and revolutionary teacher development system in the country. We reformed the curriculum and developed teaching manuals for the core subjects in a way that made teaching and learning child-centered. We established the Quality Assurance Bureau, which transformed the old inspectorate system to a teaching support system. It was the first of its kind in Nigeria and it was widely celebrated. This system was so successful that our trained officials were engaged to train in other States.

We put our civil servants to work, we put our teachers to work; we restored their pride in their work; and we rewarded them. When the Nigeria Governors Forum (NGF) under Dr. Saraki’s leadership agreed to pay 27.5% Teachers’ Special Allowance (TSA), Kwara State was the first to pay. We did so much more.

The net result of all our efforts was that within four years, we saw results. Before our term ended, parents started to trust the public schools again and they started to bring their children back to public schools. Therefore, it does not take fifteen years. What it took was leadership, capacity and courage. For these accomplishments, Kwara State became the reference point for the rest of the country many of whom trooped to our State to learn of what we were doing and how they could replicate it. Our State became the poster case for the donor community.

We built a lot of classrooms back in those days too. We also renovated schools, including some that the Governor recently spent hundreds of millions re-renovating. But he will never hear us boast about this because we didn’t consider this or things like payment of salaries as our achievements; because these are routine and ongoing process and are therefore not real achievements. Our real achievements were the children we helped to learn.

Now, back to the Governor’s favourite topic, the payment of UBEC counterpart fund. The commission had repeatedly complained that many States were not drawing down on the grant. The problem, they found, is that in the face of revenue challenges, most States were finding it difficult to meet the requirement of 50% counterpart fund. To make it easier for them, the Senate, under Senator Saraki as President, reduced the counterpart fund from 50% to 10%. But more importantly, realising that not all States would have the same level of infrastructure challenge, the stipulation that not less than 75% be spent on construction was also relaxed.

The goal of education has changed since 1999 that the UBE was launched. The Sustainable Development Goals (SDG), Goal 4, focuses on achieving quality education, as opposed to merely focusing on enrolment. In this respect, you could say that Kwara State under Dr. Saraki was far ahead of the rest of the country.

There is yet another side to this conversation on education. When people review the status of education in our State, they will consider the learning achievements of all children of school age in the State regardless of whether they are in private or public schools.

Today in Kwara State, even the very poor among our people desire to enrol their children in some kind of private school. I am saying this to drive home the point that you really need to do more than renovating a few schools and building classrooms. This is also to assure the Governor not to worry about some people showing pictures of decrepit schools as he said in his video. His government will be held to stiffer standards than that.

I learnt that the Governor recently appointed the Chairman and members of the Arabic and Islamic Education Board. That is good. However, I may need to explain the rationale behind the creation of the board. When Dr. Saraki established that board in 2009, it was in recognising that a significant number of our children are enrolled in Arabic and Islamic Education schools or madrasas. However, majority of these children are not leaving these schools with competences that give opportunities for further learning or for a life of productive work. Establishing the board was a necessary and significant foundation for the required reform in that sub-sector of our education. Beyond the appointments, the Governor would also need to provide the right policy guidance for the board along the line of its original vision.

The point in all of this is that the Governor does not need to start from the scratch. The institutional memories are still there in the system. But for him to benefit from this, he needs to change his adversarial mindset and stop giving the impression that nothing good had happened in the State before he became governor.

Saraki at 59: A Doctor and His Health Projects 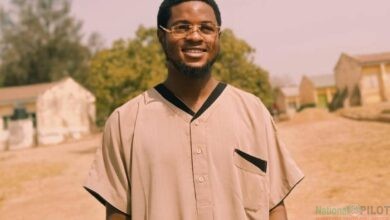 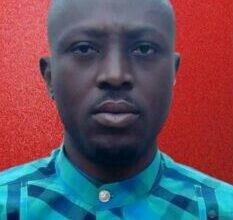 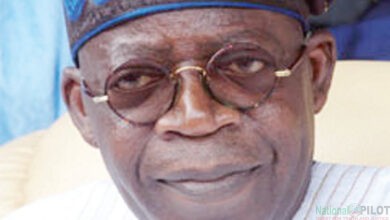 Why Tinubu must never be Nigeria’s President

Kwara North 2023 and the fear of the inferior emperor