By Jimoh Sulyman and Balikis Ahmed

A magistrate court sitting in Ilorin the Kwara state capital has ordered the immediate remand of a local community leader and his two sons over their alleged involvement in kidnapping.

Alhaji Ibrahim Ahmad 55, who is the Magaji Ile Alase of Ilorin and his sons, Ibrahim Lukman 18, and Ibrahim Mohammed,15 were brought before magistrate Adam Mohammed on two count charges of conspiracy to commit kidnapping and kidnapping contrary to sections 2 & 1 of Kwara State (Prohibition) of kidnapping law 2010.

According to the First information report obtained by National pilot, the matter was reported last week on Tuesday by one Lawal Ayanshola of Elega compound Oju-Oja ,Shao at Shao Divisional Police Headquarters that while he was sleeping in his house some unknown gunmen came into his house and kidnapped his wife, Afusat Lawal and son, Taofeek Lawal to an unknown destination.

It was also said that the kidnappers had earlier collected the sum of #230,000 from him while taking the abductees but later demanded for a ransom of #14,000,000 using his wife phone number.

Thereafter, on the same day, the complainants claimed to have paid the sum of # 3,200,000 as ransom before his wife and son were released.

However, on receipt of the information, the police along with the vigilante and the local hunters combed the bush and when the kidnappers sighted them, they were said to have opened fire on them.

During the exchange of fire, two suspects sustained gun injuries and were taken to the University of Ilorin Teaching hospital where they were confirmed dead.

During investigation at Anti Kidnapping Squad Ilorin its was revealed that the trio conspired together with others at large to kidnap their victims.

In their subsequent search in the forest, the Police,recovered one single barrel gun, nine bottles of Fairless drinks, three pairs of rubber shoes, one cap, one jacket, and the sum of #177,500 from the defendants.

The Prosecutor, ASP Samuel Mayowa urged the court to remand the defendants at the correctional facility pending the outcome of further investigation by the police.

In his remark, Magistrate Adam Mohammed noted that he doesn’t have the jurisdiction to try the alleged offences, he however ordered the first and second defendants to be remanded at the federal correctional centre.

He also ruled that the third defendant being a minor should be kept at the borstal facility in Ilorin pending the arrival of legal advice from office of the Attorney General of the state.

Thereafter Magistrate Mohammed adjourned the matter till 4th of October for further mention. 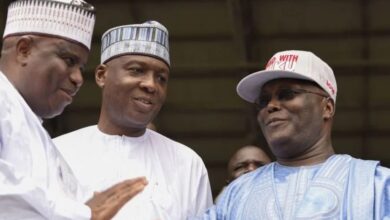 2023: Why Atiku appointed Saraki, Anyim, others into campaign council 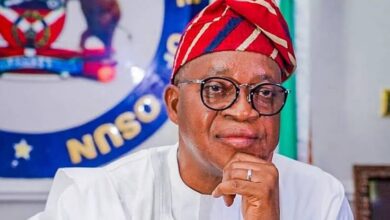 Osun APC guber primary: Don’t blame us for your nullification – PDP to Oyetola