As Premier League title rivals get ready to kick off, we assess players who WON’T make first team

Which Premier League team has best strength in depth?

Manchester United played 54 matches last season and used 32 players, evidence if ever it was needed that the modern-day squad requires quantity as much as it craves quality.

Antonio Conte is not happy with Chelsea’s summer transfer business, and this is why.

Take away senior players Gary Cahill, Willian, Cesc Fabregas and Michy Batshuayi from that second XI and the depth of their squad is brutally exposed.

Factor in Champions League football and you would argue Chelsea are nowhere near well enough equipped to defend their title and mount a European challenge, especially as Eden Hazard will miss the start of the season because of injury and new signing Tiemoue Bakayoko is short of fitness.

Charly Musonda and Jeremie Boga offer cover in the wide attacking positions, yet have no Premier League appearances between them.

Spurs are yet to make a summer signing and, while Mauricio Pochettino must be applauded for refusing to pay over the odds for players who will not strengthen his first XI, he should be looking to add depth to his squad, especially in attack.

An injury to Harry Kane would be devastating, as replacement Vincent Janssen scored just two league goals last season, and one of those was a penalty.

The fact that £30m flop Moussa Sissoko remains one of their better back-up options suggests investment is badly needed, especially given the current injuries to Heung-min Son and Erik Lamela.

There aren’t many clubs in world football that would have Raheem Sterling, Leroy Sane and Sergio Aguero in a second XI. City is blessed with options in attack and can also still call upon the likes of Yaya Toure for support from deep.

In defence they still need more cover at left back and doubts remain about the top-level pedigree of centre-backs Nicolas Otamendi and Eliaquim Mangala, but even they cost a combined £60.5m.

If any side can rival City for attacking personnel then it is perhaps Liverpool. Belgium forward Divock Origi can’t even force his way into the second XI, where new arrival Dominic Solanke leads the line with Daniel Sturridge wide on the left.

They remain short of quality cover in defence and in goal, however, and that could prove their undoing.

They could also do with another holding midfielder, where Jordan Henderson needs an injury-free run this season.

They certainly have competition for places, but you could argue a lot of those players are much of a muchness and there is a stale look to that second XI, even though they do boast a lot of experience.

We know this squad isn’t good enough to win the league, for that has been proven in recent years.

A lot of those players are also injury prone and they are already nursing several niggles going into the new season.

That second XI has the look of what was Louis van Gaal’s strongest side during his time at Old Trafford.

Jose Mourinho, then, has clearly stamped his mark on the first XI with six of those his own signings.

But do not discount the Van Gaal All Stars, for the likes of Marouane Fellaini, Michael Carrick and Juan Mata are very able deputies, while Marcus Rashford and Jesse Lingard provide energy in the final third.

United look like they have two senior players for every position this season.

City simply have too much attacking talent to call upon in their second XI, while United have what you would call established senior players throughout their team, much like Arsenal.

Liverpool, too, has excellent offensive options, but is weaker the further back you go.

As for Chelsea and Spurs, last season’s top two are by some way the poorest in terms of squad depth. 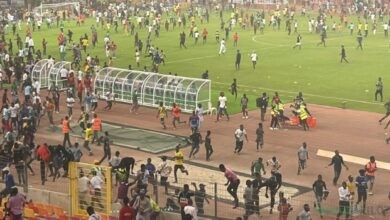