This street-legal monster does 0-60 in 2.7 seconds and broke the track record at Germany’s famous Nurburgring. Dan Neil takes it for a dizzying spin
Winged Pegasus on Wheels The Porsche 911 GT2 RS is a street legal monster that does 0-60 in 2.7 seconds and can reach top speeds of 211 mph.
Winged Pegasus on Wheels The Porsche 911 GT2 RS is a street legal monster that does 0-60 in 2.7 seconds and can reach top speeds of 211 mph.
You know, it’s not every week that I jet off to Portugal to test the most kinetic sports car in the world on an asphalt field of dreams. This week I’m driving a Chevy Traverse. I’ve paid my dues.
And I’ve learned that when destiny calls, answer. The McLaren F1 (1992-1998) is widely recognised as the greatest sports car of all time, but I couldn’t say for sure because I never drove it. This car held the series-production speed record (240.1 mph) for nearly a decade and won the 24 Hours of Le Mans in 1995 against purpose-built prototypes. But back in the day, when McLaren associates offered a test drive, I had a scheduling conflict. I asked for a raincheck, but it never stopped raining.
People find out what I do and ask, “Ever drive the F1?” No, I answer. “Oh,” they say, looking away. “Well, that’s all right. How’s that Traverse?”
Thereafter I resolved never to miss another technically perfecting, historically significant automobile, regardless of how many luxury hotels stood in my way. The Porsche 911 GT2 RS is all of that and a winged Pegasus too.
Based but loosely on the standard-issue 911 Turbo S, the GT2 RS joins a select group of six-figure time machines—Mercedes-AMG GT R, Ford GT, and Lamborghini Huracán Performante—built in the few hundreds for collectors, track-day enthusiasts and assorted rank poseurs. The noise-compliant GT2 RS isn’t as loud, raw or emotional as a proper race car, like the 911 GT3 Cup model, with a free-breathing flat-six and six-speed sequential gearbox.
But it’s faster: 0-60 mph in 2.7 seconds, officially (feels a bit quicker than that to me); quarter-mile time of 10.5 seconds (ditto). The top speed is given as an entirely adequate 211 mph. Thanks mostly to a rear wing the size of a coroner’s table and a jutting aero-elastic splitter up front, the GT2 RS generates hundreds of pounds of downforce, which I must say feels pretty reassuring when you’re sweeping through the Algarve International Circuit’s hammer-throw T15 at a buck-twenty and +1 g cornering loads. Damn, this thing is fast, I must have muttered a thousand times.
About 2,000 feet later, the car would still be pulling hard past 150 mph when I fired the carbon-ceramic retro-rockets. The car shed speed with nary a wiggle at 1.5 g, the brake rotors aglow, tailpipes guttering fire. I could taste sardines from the night before.
‘Its 3.8-liter twin-turbo flat-six produces 700 hp. ‘Damn, this thing is fast,’ I must have muttered a thousand times. ‘
But the big number, the number that got me on the plane, was 06:47.3. That’s the GT2 RS’s lap time on the Nurburgring Nordschleife test track in Germany, a record for a street-legal production car. Have a look at test driver Lars Kern’s lap in September, but don’t forget your Dramamine.
It helps to have some context: 20 years ago a preproduction McLaren F1, with world champion Mika Hakkinen driving, notched a 07:11 lap at the ‘Ring. That was insane, exalted, ecstatic. It wasn’t until four years ago that an all-wheel-drive starship called the Porsche 918 Spyder became the first sports car to break the 7-minute barrier (06:57). Celestial, unfathomable, titanic.
To be continued

How to teach your child spelling words 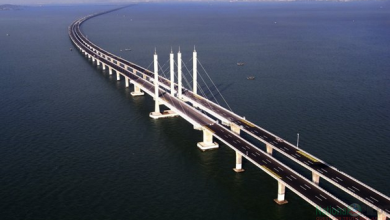 Why Third Mainland Bridge is longest in Nigeria