Governor Abdulfatah Ahmed on Sunday in Ilorin challenged electorate to stop chasing politicians with gale of requests if corruption in the country will be reduced.

Ahmed who spoke through the Senior Special Assistant on Youth Empowerment, Saka Babatunde at the Annual Independence Day lecture organised by the Kwara State branch of The Muslim Congress (TMC) noted that electorate must exercise restrain with volume of requests presented to the politicians.

The Governor challenged Arabic and Islamic educators in the country to key into the global picture tasked them to improve their qualification, adding that religious teachers should pursue the global picture to add value to their various disciplines.

Speaking on the theme of the lecture, “Confronting the Tripods of Bad Governance, Political Corruption and Tribalism” a national Imam of TMC based in Ibadan, Ustadh Ismail Busayri said many Muslims leaders including late former Head of State, Murtala Muhammed and Tunde Idiagbon have contributed immensely to the growth of the nation because of the element of godliness and religiousity in them.

He said past Muslims leaders in the country who have stood out of the pack never attended Harvard or Cambridge University but made remarkable inference because of the application of what they were taught from the school of Prophet Muhammad (SAW).

Busayri who noted that the problem of the country is the clamour for secular state by some religious groups in the country, said any system devoid of divine injunction is bound to fail.

In his message, Grand Patron of TMC in the state and former Grand Kadi of the Kwara State Sharia Court of Appeal, Justice Olohuntoyin Muhammed said political corruption and tribalism has brought the country backward, adding that everybody including the high, middle class and the low are benefitting from corruption.

According to him, everybody should be ready to support the government to make the country better.

On restructuring, he said all parties should embrace peace and whoever has any grudge should bring it to the table for discussion and resolution.

“Restructuring the country, at this stage is dangerous.  All of us will suffer for it and the sweat of the founding fathers will be in vain. Nigeria is not the first country with many tribes and we should all preach peace and encourage peaceful coexistence. The coming generation will blame us if we allow restructuring to consume the country”.

The Coordinator of the TMC in Kwara and Chief Host of the programme, Engr. Basheer Ariyo in his remarks said the essence of the programme was to review activities of the happenings in the country and set the pace for the Muslims to promote the knowledge and application of Sharia in the country. 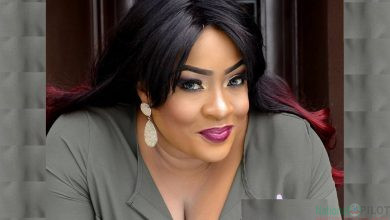 2023 Presidency: Atiku is my candidate, not Tinubu – Ibu

EFCC: I have no regret joining APC – Fani-Kayode