The Director-General of the Consumer Protection Council (CPC), Babatunde Irukera, on Sunday said that the council received the third highest number of complaints in 2017 from the Aviation Sector.
Irukera made the disclosure while speaking with journalists in Lagos.
He said the sector came after Telecommunications and Banking sectors which had the first and second highest number of consumer complaints respectively.
“According to the National Bureau of Statistics, about 15 million passengers passed through Nigerian airports in 2016 and 2.5 million passengers were recorded in the first quarter of 2017 alone.
“In 2017, the aviation sector had the third highest number of complaints received by the council.
“Given the consumer base of the sector and the propensity for consumer satisfaction concerns, the council cannot relent in its efforts to ensure that consumer interests are well protected, “Irukera said.
The director general noted that complaints such as flight delays and cancellations as well as safety concerns must therefore be addressed in order to minimise their occurrences.
He explained that the intervention of CPC in the aviation sector was not aimed at usurping the job of the Consumer Protection Directorate (CPD) of the Nigerian Civil Aviation Authority (NCAA).
He said the CPC Act empowers the council to protect the rights of consumers, stressing that this statutory responsibility cuts across all sectors of the economy.
“Section 14 of the Act provides for the council’s collaboration with industry and sector regulators. This is a key tool for regulating rights across board.
“This jurisdictional overlap is by design and calls for regulatory collaboration. This is an indication of the importance the government has attached to the issue of consumer protection, “he said.
Irukera said the CPC had regularly engaged airline operators and would continue to collaborate with the NCAA to ensure the protection of the rights of consumers.

Emirates Airline extends suspension of flights from Nigeria till September 5 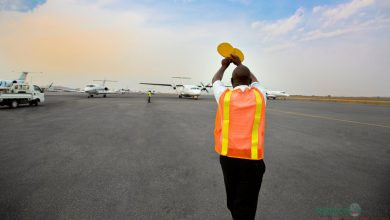